When is the best time to visit Romania

When is the best time to visit Romania to make the most of what the country has to offer?

The good news is that Romania hasn’t reached the fame and popularity of other European destinations such as: France, Italy or Spain. It’s a destination for savvy travellers looking for something European, but different and unspoilt by mass tourism. And from that perspective, you won’t risk marching along hordes of tourists or eternally queuing to visit a site, at any time of year.

We can say that the only peak-seasons in Romania coincide with the main religious holidays (Easter and Christmas) and The New Year’s period: from around the last week of December, into the first week of January. In addition to traffic jams on the main roads, you should expect the prices of accommodation at hotels and guesthouses to rise during these periods.

What time of year is best to visit Romania?

Deciding when is the best time to visit Romania can be a bit tricky, as each of Romania’s seasons has its own special highlights!

Romania is truly a year-round destination, and Romanian culture is remarkable in its deep appreciation of all seasons and the customs and traditions they bring with them. As you will see when you visit, there are festivals and celebrations during each and every season. For that, we highly recommend taking advantage of any chance you have to visit Romania.

On the other hand, if your dates are flexible, it’s worth thinking about which season you would enjoy most. Some travellers hate the cold, while others can’t stand the heat, some prefer the green landscapes, while other love the winter sceneries. So, we have put together some useful information to help you determine the best time to visit Romania. 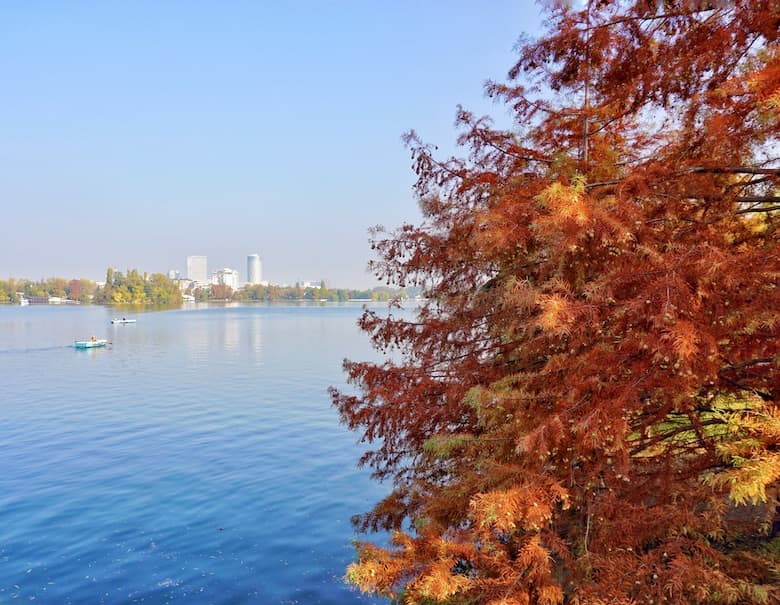 Romania’s location in SE Europe gives it a temperate-continental climate that is transitional between temperate regions and the harsher extremes of the continental interior. The country has four distinct seasons with hot summers and long, cold winters. The annual average temperature ranges from the low 50s F (about 11 °C) in the south and the 40s F (about 8 °C) in the north, with important variations according to altitude. Extreme temperatures range from about 105.8 °F (41 °C) in summer in the southeastern region to –37 °F (–38 °C) in winter, in the Transylvanian Depression.

So let’s dig in, starting with spring, the season of rebirth and  renewal! 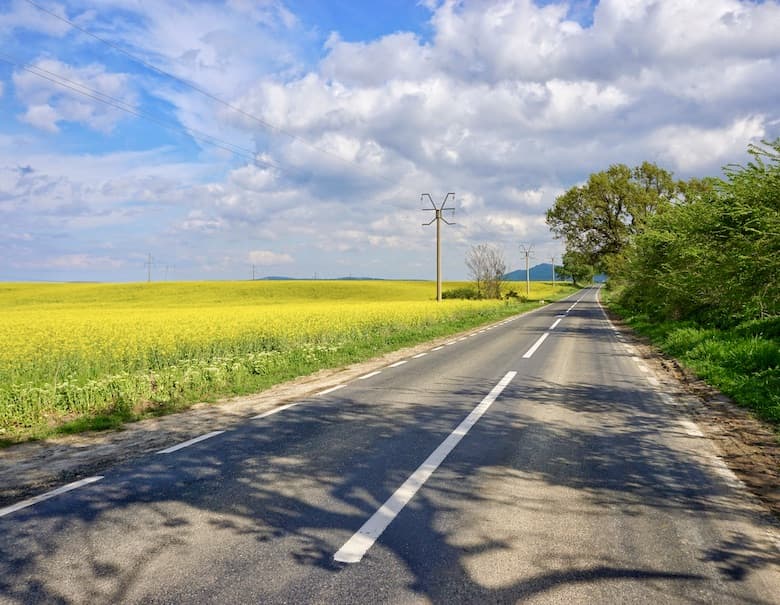 Although, spring doesn’t officially start until March 20, in Romania we celebrate its arrival on March 1st, with an ancient tradition called Martisor, when men offer the women in their lives a red and white string with hanging tokens as a symbol of their love and respect. The women wear it pinned to their clothes, on the left side, close to the heart for 9 days and then tie it up to the branch of a tree for good luck and good health.

Easter is also celebrated in spring and since egg painting has developed into a traditional fine art, there is a 2-day festival dedicated to it, taking place in Bucovina, in the village of Ciocanesti.

Not far from Bucharest, in Branesti, spring is celebrated during a traditional festival called ‘The Cuckoos’, during which men dressed as women, wearing masks on their faces and bells around their waists, roam the village and touch everybody with a stick for good luck and health.

In addition to the rich traditions and customs, spring brings home the migratory birds and makes the Danube Delta a paradise for bird watchers. The nature is blooming and a good feeling is floating in the air.

Keep in mind that until May the weather may be moody, with temperatures ranging from approximately 38 to 70 °F (3 to 21 °C). On some days you may still wear your winter coat, while on other days you may not even need a sweater. 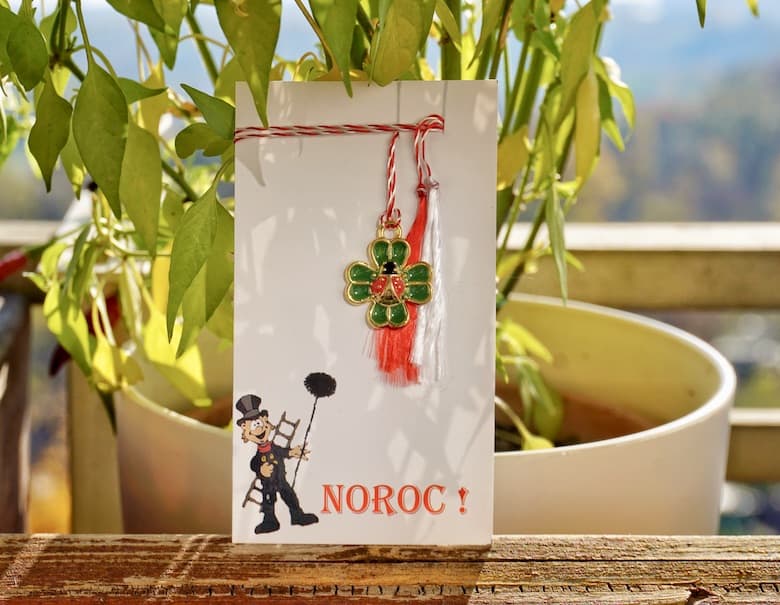 Summer in Romania lasts from about June to mid-September and tend to be quite hot, with temperatures over 40 °C (104 °F) not unknown in the lower-lying areas of the country. July and August are typically the hottest months of the year, and can be uncomfortable for sightseeing in the main urban areas. But despite the torrid climate, summer is still the liveliest time to be in Romania.

Whether you want to enjoy a mountain hike, a beach bum moment or be part of Romania’s seasonal and cultural events, summer is the season to visit. There are festivals for all tastes and interests:

For classical music aficionados, George Enescu biennial Music Festival, held at the beginning of September in Bucharest, is a must-attend cultural event.

And the list is, practically, endless. If there is something Romanians are good at, this would be festivals and celebrations. So make sure you book a ticket to a festival when in the country. 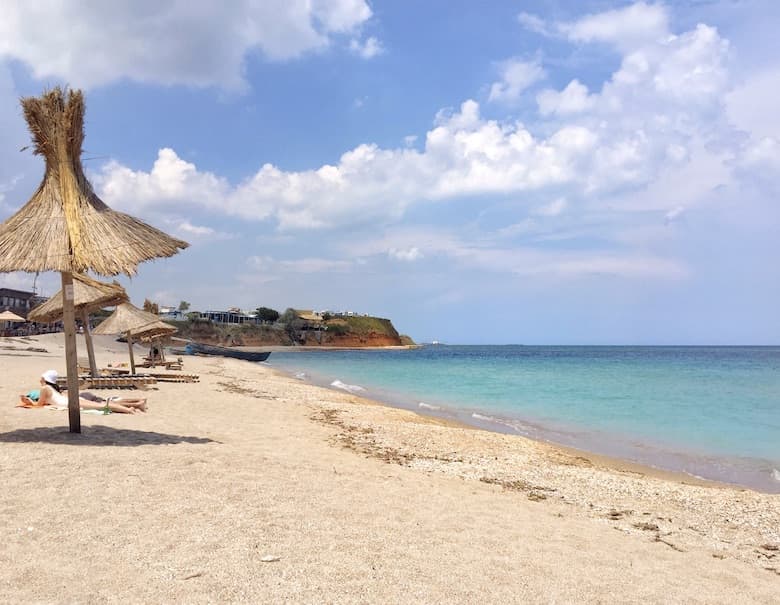 Autumn in Romania lasts from about mid-September to early December and, just like spring, the climate is milder with temperatures ranging from approximately 50 to 70 °F (10 to 21 °C).

Besides its comfortable temperatures, fall is perhaps most famous for the vibrancy of the changing foliage and the spectacular landscapes. It’s the perfect time for photography enthusiasts who wish to capture nature at its best.

As you probably know it by now, Romania is probably among the few last bucolic corners of Europe. With that in mind, autumn is a crucial season for peasants who live from the fruit of the land. It’s the season of harvest and abundance. There are many celebrations of crop harvesting across the country, focusing mainly on grape harvesting and wine making. Autumn is the best season to embark on a wine tasting tour or enjoy an immersive experience to the local market.

Autumn is also the end of the pastoral year. In September, several festivals take place to mark the shepherd’s return to the villages, after a long summer of solitude in the company of no-one but the sheep and the shepherd dogs.  The Sheep Scattering Festival, held in Bran at the end of September, is a 3-day event featuring homemade cheese, wine tastings, traditional music and an exhibit of animals. Something to squeeze in your agenda if you happen to be around.

In September and October  you can also go ballooning at Maramures Baloon Fiesta in Lapus, or beer tasting at Oktoberfest in Brasov. So, fall in Romania? Tough choice! 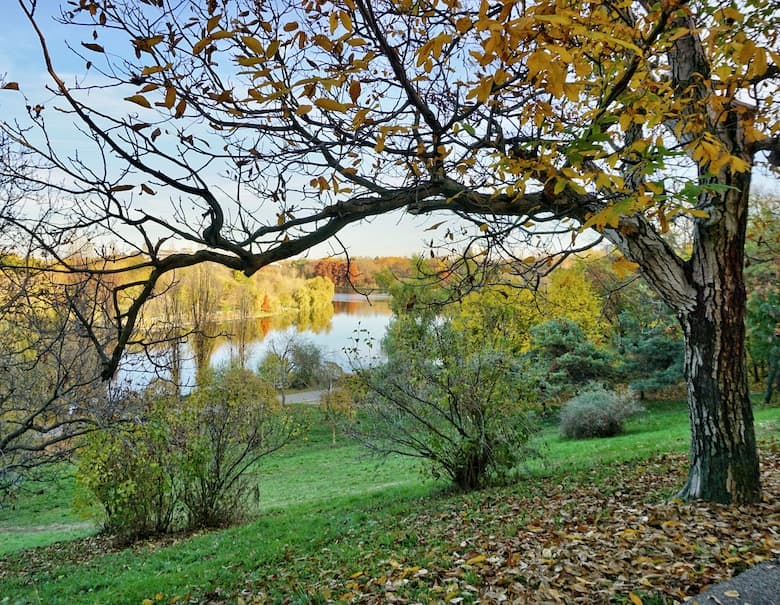 Winter in Romania lasts from about December to mid-March. Winters are cold, with temperatures ranging from approximately 5 to 37.4 °F (-15 to 3°C).

Yes, it can be freezing at times, but if you can get past this basic fact (which is a potential “dealbreaker” for some), you’ll discover that winter is in fact one of the best times to experience Romania. And why is that? Because winter is the season of snow, spiced wine and Christmas holidays.

>> Discover the story of Saint Nicholas, Santa’s predecessor in Romania <<

And if you happen to be in Romania on December 1st, you can take part in the National Day celebration with military parades, concerts and fireworks.

Winter is the best season to experience Christmas traditions and customs. If you travel to Maramures or Bucovina, you may attend traditional ritual performances in villages where the whole community gathers. The most famous ones are the goat and the bear dances.

The Customs and Traditions Festival, held on December 27th in Sighetu Marmatiei, is probably the most popular traditional festival around Christmas where communities from across Romania gather to display ancient Romanian customs and rituals. A must-see if you are in the area!

If your visit falls before or after the Christmas holidays and you are a ski or snowboard enthusiast, the Carpathian Mountains offer quite a wide variety of slopes to keep you busy during the day. In the evenings, Romanians gather round the fireplace with a cup of hot, spiced wine and the right mood for socialising. 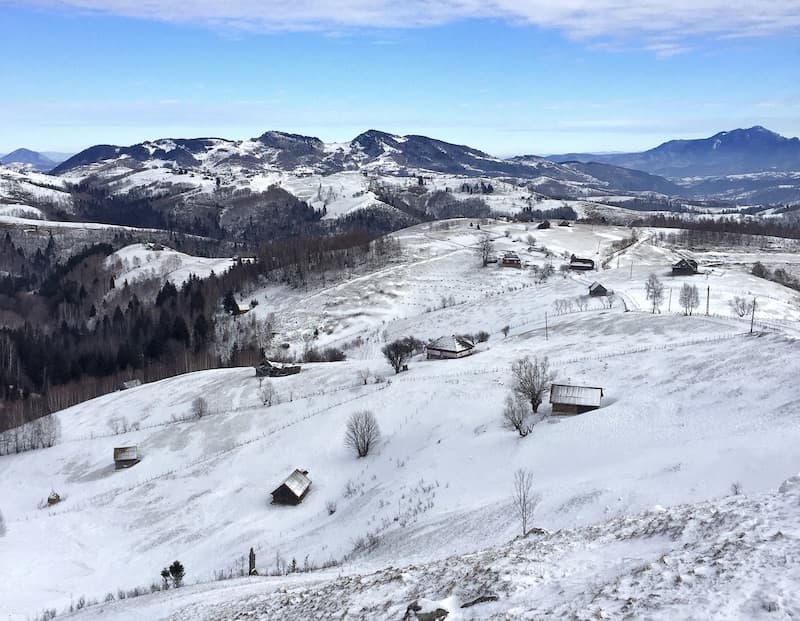 So, when will you visit Romania?

Deciding when is the best time to visit Romania relies on many factors and, most importantly, on your personal interests and preferences. We can only hope that the information provided is useful to you in making the right decision. Rest assured though, that, no matter when you’ll travel to Romania, there will always be lots to do and see to keep you busy and caught in the experience.

We may be perfect for you

Whether you usually plan your own trips, or work with a destination travel designer, planning a trip to Romania can seem daunting at times.

At Romania Private Tours, our specialty is crafting bespoke tours for travellers seeking unique, authentic experiences in Bucharestor across the country. If you are interested in planning your trip with us, please feel free to send us an enquiry.